Measuring the impact of Brexit 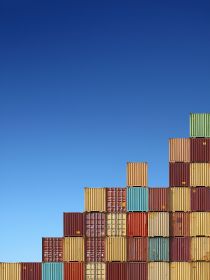 Although trade negotiations with the EU are still underway, it is evident that the UK’s fresh produce sector is going to be significantly affected by the UK’s departure from the bloc. As stated in the government’s Border with the European Union published in July, from 1 January 2021 the UK “will operate a full, external border as a sovereign nation with controls placed on the movement of goods between Great Britain (GB) and the EU”; these controls will be implemented in three stages up until 1 July 2021. This followed Theresa May’s announcement of the UK’s Global Tariff setting import duty rates.

Against this background, Dr Stavros Karamperidis, lecturer in maritime economics at the University of Plymouth, and Andrew Morgan, director of Global 78 – both members of the Ports, Maritime and Waterways forum committee of the Chartered Institute of Logistics and Transport (UK) – are now undertaking independent supply chain research concerning UK fresh produce imports. This is scheduled to start in September, with a final paper to be published in early 2022.

The research will assess the economic impact of Brexit on inbound fresh produce supply chains, especially those that are most time critical. Bearing in mind that the latest complete year of UK overseas trade data sets are those for 2019, and also that Covid-19 has impacted economic activity throughout 2020, the work will investigate matters across three time periods: 1) in 2019 i.e. before Brexit; 2) in the 2020 transition period; and 3) in 2021 after final exit.

Combining rigorous data analysis with investigation of operational realities, the principal objective will be to achieve a fact-based holistic view of inbound fresh produce supply chains. This will require operational and economic evaluation of ‘As-is’ and ‘What-if’ scenarios, including break-even analysis. It will recognise too the need for a ‘whole system / system of systems’ understanding.

Stakeholders will be invited to participate in online structured interviews and periodic surveys. While the final paper will be in the public domain, those stakeholders participating will be able to receive anonymised and aggregated outputs in the interim, namely:

• Commentary on provisional findings to date.

• A selection of end-to-end process maps.

As reported in FPJ, the UK retail fresh produce sector has a current value of £11.5bn with consumer demand for year-round availability of the full product range. Defra reports further show a heavy reliance on imports, both from the EU and the Rest of the World (around 38 per cent and 30 per cent respectively of total supply volume in 2019).

Overall, Spain and the Netherlands are the leading EU source markets, the latter also re-exporting imports from other countries. Growing seasons affect availability across domestic, EU and Rest of the World production. For example, citrus production “follows the sun” with South Africa replacing Spain as the principal supplier during the northern hemisphere summer. By contrast, bananas are harvested in the Caribbean, South America, and West Africa and imported throughout the year.

The sector is necessarily dependent on ports and shipping. Modes of appearance will be temperature-controlled containers (e.g. ISO 40ft) or road trailers (driver-accompanied or unaccompanied). As a broad generalisation, shipping will be deep-sea services from non-EU countries; and short-sea services from the EU – these as either roll-on/roll-off (RoRo) ferry services or container feeder services. Airfreight and rail freight services also feature.

The Dover corridor is the major RoRo trade conduit, comprising high-capacity, high-frequency ferry services from Dunkerque or Calais and Channel Tunnel freight shuttle services, to provide up to 50 per cent of the UK’s RoRo capacity. In normal times it averages approximately 12,000 freight vehicles inbound/outbound in a 24-hour period with around 13 per cent temperature-controlled. Other UK port and service clusters are Thames, East Coast, Irish Sea, and western Channel, with port terminals then segmented by type and capacity. 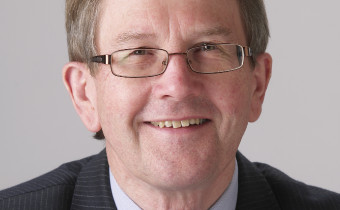 With major impending changes in the EU:UK trading relationship, issues are expected to emerge during the project that will affect its direction. Some of those already identified include:

• How import duty rates on fruit and vegetables (between eight per cent and 16 per cent unless a trade deal is struck with the EU) will affect sourcing decisions made by UK importers and the choice between EU or Rest of the World supply. These decisions will in turn impact on the ratio of road trailer to container use and the UK arrival/import routes and services used as a result.

• How the existing trade patterns with EU countries could be reshaped. For example, whether Morocco would increase its presence as a supplier of oranges and tomatoes in place of current EU suppliers (such as Spain) because of its Free Trade Agreement with the UK.

• The need for UK importers to have appropriate customs arrangements in place by 1 January 2021 including a customs comprehensive guarantee (CCG), a deferment account, and authorisation for customs freight simplified procedures (CFSP) in order to benefit from the three-phase compliance introduction.

• The risk of congestion and its effect on journey times, especially those involving time-critical consignments. Allied to this aspect will be competition for port terminal capacity, and the introduction of the Goods Vehicle Movement Services (GVMS) and pre-lodgement requirements.

• Whether and to what extent the Dover Corridor will remain the preferred RoRo trade conduit. The UK government has mooted having new inspection facilities but away from the Port of Dover, encouraging traffic to use East Coast ports, and use of alternative ferry services such as those handling unaccompanied trailers, although there is much uncertainty about the details.

The researchers believe that this will be a significant project in that it will bring together a wide range of stakeholders across a broad spectrum of commercial and regulatory activity. It will maintain an independent view of matters and the provisional results will be made available for research participants in the expectation that quality information will support effective decision making.