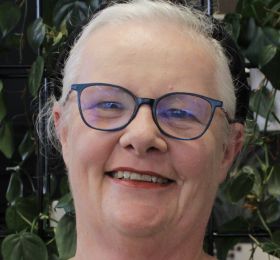 Based in New Zealand, Hall is well-known within angel investment circles. Shee is currently the chair of the investment committee for KiwiNet and an active member of Flying Kiwi Angels.

Hall previously chaired the advisory board of Valocity and was an advisory board member for Zino Ventures - the first Chinese founded Asia Pacific angel investment group.

Darryn Keiller, chief executive and founder of WayBeyond, said Hall’s wealth of experience as both an investor and director in early-stage start-ups would be a valuable asset.

“We are very excited to have Debra join the board of WayBeyond, alongside myself and Roger Dold. Her considerable governance experience, professional discipline and real-world experience of growing successful tech companies will be invaluable in shaping our path to global success,” said WayBeyond chief executive and founder Darryn Keiller.

“We now have customers spanning Australia, North America, Asia and Europe, so it’s timely to build out a professional Board that reflects the global evolution. And when considering our first independent Director, I saw in Debra a kindred spirit, a purpose-led strategic leader.”

“While there are many 'growtech' companies seeking to improve grower outputs, WayBeyond is the first end-to-end solution that I have seen spanning the entire controlled environment agriculture (CEA) space, from seed production to grower productivity. With the support of a committed early investor, WayBeyond has been able to build not just a market-ready product, but a stellar global and diverse team now primed to take it to market,” Hall said.

“Before my official start [1 February 2022], I’ll be working with the shareholders and leadership in an advisory capacity to support the build out of the Board, as well as a small local capital raise to provide a bridge to an international Series B raise next year.”