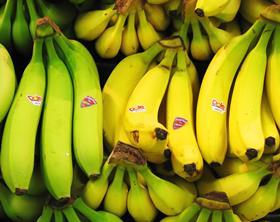 Dole Philippines has identified the areas of Sultan Kudarat, Davao del Sur and North Cotabato as possible locations for new plantations, as the company looks to double the size its production base over the next five years, according to Sun Star Davao.

“Itochu has a food business and they found the opportunity to expand in Asia with the acquisition of the two main businesses of Dole,” Hernandez said. “They are much more aggressive now in their expansion because of the opportunity they have right now.”