The N&A Group and Plunkett Orchards have entered a new partnership that will position them among Australia’s largest tree fruit suppliers.

The arrangement will see 100 per cent of the fruit produced at N&A Group’s orchards in Batlow, New South Wales, packed at Plunkett Orchards’ new packing facility in Ardmona, Victoria. The combined domestic market output from the new facility will distributed exclusively by the N&A Group.

The site’s automated pre-sizing and packing system involves the movement, sorting, palletising and shipping of all packed fruit types with computerised tracking for efficient flow and significant labour savings. The facility will be used to pack apples, pears and stonefruit. 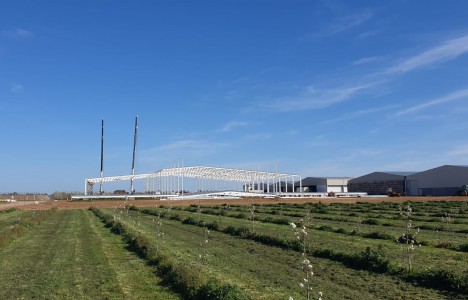 The companies said their collaboration is driven by a range of industry trends including vast improvements in technology, capital requirements, the need for production efficiencies both in the orchard and post farm gate, as well as the move towards improved sustainability and reduced environmental footprint.

Rob Cathels, CEO of the N&A Group, said the consolidation of resources was key to longevity in the dynamic environment that is the fresh produce industry.

“For the N&A Group the collaboration will provide further access to industry leading storage and packing technology whilst allowing our orchard operations in Batlow to focus on expanding production in new and improved cultivars, as well as organic production,” Cathels explained.

Andrew Plunkett, CEO of Plunkett Orchards, describes the joining of the operations as “a natural partnership” formed after “many years of a strong strategic relationship'.

“[It has resulted] in an industry-leading force that will enhance market transparencies and access for our growers through N&A Group’s network of marketing channels,” Plunkett explained.

Plunkett said the new packing facility was a project 10 years in the making, spanning from the initial planning and development stage through to construction. The facility is due to be completed by the start of the 2020 apple and pear season.