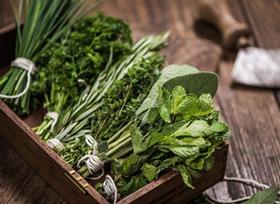 Australian urban ag-tech start-up Urbotanica is seeking fresh investment to support its on-going growth and an expansion into Asia.

The capital will be used to scale-up production of Urbotanica’s range of tools used for growing fresh produce at home.

“Consumers globally are becoming increasingly more conscious of where their food is coming from and its environmental impact,” Urbotanica told potential investors in a release. “Urbotanica is an urban ag-tech company solving these issues by providing people with innovative tools to grow their own produce at home.”

The company’s first product, the UrbiPod, is a kitchen benchtop appliance and intelligent micro indoor garden, designed to take “the guesswork” out of growing fresh herbs, salads, flowers and micro greens.

“The clever irrigation and nutrient application system that delivers the right amount of natural plant food and use an automated energy-efficient LED system to mimic sunlight providing the ideal environment to deliver plant growth up to three times faster than outdoors,” Urbotanica said. “This makes consumers a successful green thumb all year round, irrespective of the season or outdoor elements.'

'With more than 1,500 units in the Australian market and highly engaged customers regularly re-ordering quality consumables, Urbotanica is well positioned for growth and to expand the business to overseas markets,' said Hart. “The ‘grow your own’ trend is starting to catch-on globally and we hope to become a household name in this space.”

The business also plans to increase its marketing spend for brand awareness, breaking into the lucrative Asian market, where it predicts 64 per cent of the global middle class will live by 2030.

Co-founder of Equitise, Chris Gilbert, said he is eager to see the level of investor interest in Urbotanica.

“Urban ag-tech is a rapidly growing space with some of the biggest global trends feeding it, including sustainability, health and wellness and urbanisation,” Gilbert explained.

“Urbotanica has built a great team that sees the potential within this market and the UrbiPod is a fantastic first product that is already had high traction. With over 4.7m Australian households growing their own food, there's a real demand for this product here and overseas.”