Despite plastic waste posing one of the biggest environmental challenges of our time, the recent statistics released by the Ellen MacArthur Foundation (EMF) show little or no progress against the targets set out in the Global Plastics Commitment. Major brands all agreed that, by 2025, 100% of the packaging they used would be recyclable, compostable or reusable; 26% of the packaging would be made from post-consumer recycled content; and the amount of virgin plastic used would fall by 20% (from 11.9 million tonnes to 9.5mt). 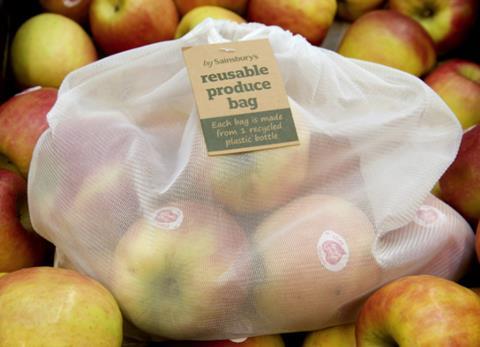 Introducing more reusable packaging is one part of the solution

As other commentators have flagged, this is a not just a blow for EMF but for carbon emission goals in general. Like many other NGOs and campaign groups, EMF has lost its teeth because its dependency on support from the large corporates has inevitably meant moving at their pace, as we can see from the statistics.

It is one thing to promote cooperation between all parties, but this cannot lead to an ability to drive change. The inherent conflict of getting paid to solve a problem is that there may never be the incentive to solve it and do yourself out of a job. This is a self-defeating position when it comes to solving the plastics problem. It also set an uncomfortable backdrop ahead of COP27 and the focus on the circular economy and decarbonisation.

When it comes to plastic packaging, the functional benefits are clear. It keeps food and drink safe and fresh, helping to deliver products to customers in prime condition and extending shelf life by weeks and even months, cutting food waste, which itself generates 8-10% of the world’s greenhouse emissions. However, at end of life it is also part of the overall environmental problem, which we urgently need to address by replacing traditional plastics and packaging design with the viable alternatives which are now available.

There is positive headwind when it comes to tackling the plastic waste problem as part of the circular economy. We know that the UK Government is working on its Extended Producer Responsibility (EPR) scheme (with similar schemes globally) for packaging waste, which aims at placing the costs of collection, sorting and processing waste back onto the producer through fees, as is already in place in countries such as France.

We also have other pressures to change such as legislation and plastic taxes in developed markets including North America and Europe. Yet there remains resistance to change and to introducing disruptive new materials that will help dramatically reduce the use of traditional plastics.

Over the years, the problem has also been blighted by each party passing the buck down (and ultimately back up) the supply chain – a circular system of its own, but not the one we want. We need the waste sector to adopt new technologies much more quickly and with less resistance – there is business opportunity in waste refining. It is time for them to be part of the solution and to stop finger pointing at everyone else – including the consumer.

Likewise, we need global brands to be more flexible in their global supply chain approach and to stop pointing to the lack of waste infrastructure in developing countries with the explanation that they can’t do things differently because these markets can’t cope with it. As the American writer Mark Twain famously said: “The secret of getting ahead is getting started.”

I also believe that the conventional view of the waste hierarchy doesn’t really get to the nub of the problem. Reduce, reuse, recycle and recover are all very important, but it doesn’t challenge the fact that we really don’t need all the packaging material used day in day out. This isn’t just about light weighting or reducing the amount of plastic being incorporated into packaging, it is thinking much more fundamentally about its use, the items being packaged, and the materials used to do it.

The other significant factor at play is that no one has yet developed the silver bullet replacement for conventional plastic or appears to be close to discovering one. For the purists, this could mean a wait of decades – by then, we will have run out of time when it comes to saving our environment.

For pragmatists like me, there are already viable, functional and planet-friendly options out there, even if they aren’t perfect, which can be used to drive change. I am very clear, that some change is better than no change – the status quo is a catastrophic option.

If we want the numbers to show improvement, we need to ditch the cop-outs and arguments of old and embrace new technologies which have all the functional benefits, without the side-effects. Resistance will mean mutually ensured environmental destruction.