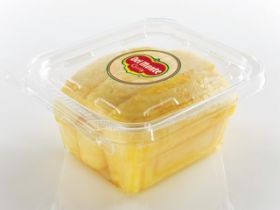 The Del Monte Gold extra sweet pineapple has been given one of the 661 Superior Taste awards handed out by the International Taste & Quality Institute (iTQi) this year.

The fruit, which was first introduced in 1996, scored highly on sensory evaluation charts and for its visual appeal, earning a two-star award on the strength of its performance in blind testing.

Among the 906 food and drink products that were tested by the Brussels-based iTQi, 381 were thought deserving of two-star status and another 144 achieved the highest three-star status.