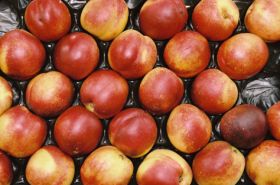 Chilean nectarine exports to China reached a record 20,063 tonnes this season, an increase of more than 20 per cent on last year, according to Asoex.

Asoex president Ronald Bown said the growth had been largely driven by the success of a new promotional campaign.

Under the slogan “Make your life bloom” the campaign invited consumers to adopt more healthy eating habits after the Chinese New Year festivities, when people usually indulge more than usual.

The campaign, which focused on Shanghai and Jiangnan, features tastings and demonstrations at wholesale markets and retail outlets, in addition to interviews in the local press, WeChat seminars and sports activities in a Shanghai gym to drive home the health benefits of the fruit.

“When we gained access to China for nectarines in 2017, we knew that this was a great opportunity as the fruit is highly valued in that market,” Bown said.

Bown added that the recent entry of Chilean pears in the Chinese market meant the way was now clear negotiations to start to secure access for Chilean citrus.