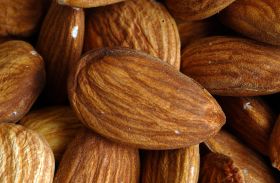 The shorter harvest is attributed to a March frost and cool spring weather which hampered pollination.

Less tonnage may help stem the tide of lower grower returns, however, which have plunged by nearly 50 per cent since 2005.

Almonds are California's largest exported agricultural commodity, and the sixth largest in the US.

Oversupply has been an issue for the sector since 2007, when it set a new production record of 626,000 tonnes.