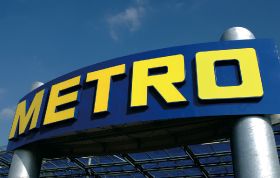 Metro aims to open 20 Cash & Carry outlets across Indonesia, with the first opening next year, according to CEO Eckhard Cordes, who told the Jakarta Post Indonesia could serve as a base of operations for Metro’s Asian business.

“The presence of Metro Cash & Carry in Indonesia will create great momentum for our business expansion in the Asian market,” said Mr Cordes.

Metro already has a presence in India, China, Japan, Pakistan and Vietnam.

Indonesia’s retail growth has been impressive in recent years; according to Nielsen data, the number of modern retail outlets in Indonesia jumped 38 per cent to 18,152 stores over 2010.