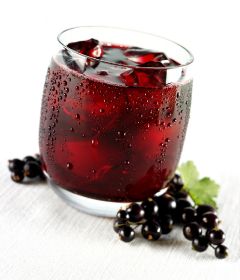 British blackcurrant growers have said they are looking forward to working with Japanese firm Suntory Beverage & Food Ltd (SBF), following its purchase of the iconic Ribena brand from GlaxoSmithKline (GSK) earlier this week.

GSK also sold its Lucozade brand to the Japanese firm in a combined deal worth £1.35 billion. The transaction is subject to regulatory approvals but is expected to go through by the end of this year. GSK said it was selling the brands to concentrate on it core focus of healthcare brands.

English employment law means that the vast majority of employees at the Ribena manufacturing plant in Coleford in Gloucestershire, as well as those with commercial and research and development roles, will transfer to the new owners. SBF is the fourth-largest soft drinks supplier globally. Some analysts believe it wants to take the brands to new markets, while others see blackcurrant-flavoured Ribena as particular to UK tastes.

Blackcurrant Foundation growers produce 10 different varieties of their fruit and supply 12,000-15,000 tonnes annually to make Ribena. Many of these varieties are unique to the Ribena brand and are grown exclusively in the UK.

Suntory has a range of businesses encompassing alcoholic beverages, wellness, food, restaurants and flowers with some 200 companies and 29,000 employees across Japan, Europe, Asia Pacific and the Americas.