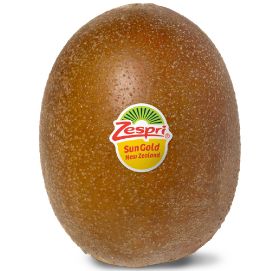 Zespri is eyeing a share of Saudi Arabia's developing kiwifruit market with its SunGold (Gold3) variety, according to the New Zealand Herald. The single-desk marketer will re-enter the kingdom with a shipment in June, its first in five years.

Chile has positioned itself as Saudi Arabia’s major supplier during Zespri’s absence, however Ben Hughes, Zespri’s Dubai-based market manager, believes the emergence of SunGold - a more Psa-tollerant alternative to Zespri’s original gold variety Hort16A – will give the firm an edge on its South American competitor, who don’t produce the variety.

Hughes told the New Zealand Herald that SunGold sales could help Zespri secure a 30 per cent share of the Saudi Arabian market by 2019.

The move is part of Zespri’s renewed push into the Middle East, which could also see exports to Iran commence within the next two years. Hughes said there was an established market for kiwifruit in Iran, developed by a small domestic production base. “You're dealing with consumers who understand the fruit,” Hughes told the New Zealand Herald.