Bachchan to act as Maharashtra ambassador 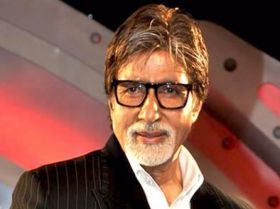 Photo by www.bollywoodhungama.com, via Wikimedia Commons

Fruit and vegetable growers in the Indian state of Maharashtra hope a touch of Bollywood will ramp-up domestic interest in their offerings.

Earlier this week, veteran actor Amitabh Bachchan announced on Twitter that he will act as a brand ambassador for the state’s Horticulture Ministry. “We have done a few print campaigns in this regard but on August 3, we are going to do some work for the TV as well,” Bachchan said, according to india.com.

Bachchan, who has starred in over 180 films, is also the face of Gujarat tourism and India’s polio eradication campaign. “Whether I am promoting to nation’s health or Gujarat’s culture or Maharashtra‘s fruit produce, I am always ready to volunteer for a good cause,” the 71 year-old said.