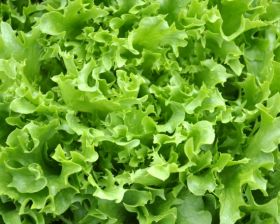 Thailand’s government has warned consumers to discard or return pre-packed lettuce imported from Australian producer Tripod Farmers following an outbreak of salmonella that was traced to the Victorian farm.

Tripod Farmers’ recalled more than 25 of its pre-packed lettuce products with before dates up to and including 14 February, issuing a voluntary product recall last Thursday.

Thailand’s Ministry of Public Health was notified of the salmonella outbreak by the United Nations’ International Food Safety Authorities Network and has since halted pre-packed lettuce imports, according to AAP.

Victoria’s Department of Health and Human Services said the outbreak was traced back to the Victorian producer’s lettuce after a higher than usual number of cases of salmonella had been reported.

“Most food borne illness outbreaks are never traced back to a source. The investigative work by the Department and the excellent traceability of the producer and retailers has achieved a quick result,” Richard Bennet, technology manager for the Fresh Produce Safety Centre explained. “We now know that all contaminated product is completely out of the system and we can move quickly to rebuild consumer confidence.”

“But the salmonella outbreak this week has put all growers on notice that they cannot be complacent about food safety”, Bennett added.