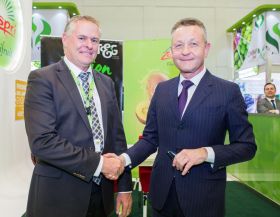 Zespri is aiming to sell a combined 1m trays of kiwifruit in Thailand, Cambodia, Myanmar and Laos over the 2016 season, after a successful beginning to its partnership with T&G in the Greater Mekong area, according to the New Zealand Herald.

The New Zealand companies agreed to jointly market kiwifruit in the region earlier this year. T&G has since set up an office in Thailand to help facilitate the sale of Zespri-branded fruit in that nation, alongside its own existing marketing programmes in South East Asia.

“Under this structure, we have already started to see some benefit come through," Zespri’s South East Asia regional manager, Andrew Common, told the New Zealand Herald. "We are on track this year for 63 per cent growth in volumes."

The deal between Zespri and T&G was the first of its kind to be ticked off by industry regulator Kiwifruit NZ.

T&G’s experience building a presence for its Jazz and Envy branded apples in Thailand has helped to fast track the development of consumer awareness for Zespri Sungold and Zespri Green in the Asian nation, especially in areas outside of Bangkok. Zespri’s Thai sales programmes had largely been confined to nation’s capital prior to this year.

Common said the increased spending power of Thai consumers meant there were now opportunities for Zespri to grow its sales programmes across the country. “As people become wealthier, kiwifruit is becoming more affordable," Common told the New Zealand Herald.