Consumers in Japan can now dine on Australian zucchinis, melons and pumpkins 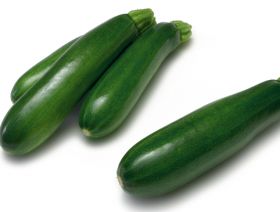 Queensland exporters have shipped their first zucchinis to Japan since being granted access to the Asian nation last December, according to Australian state government department Trade & Investment Queensland (TIQ).

Leading Japanese importer Union and Australian grower-packer-exporter Qualipac have worked together to streamline the export process, with smaller Queensland producers shipping their produce to Japan via Qualipac.

TIQ trade and investment commissioner to Japan, Tak Adachi, said gaining access was another win for the state’s growers.

“This success is a direct result of the work by TIQ’s office in Japan which has been discussing exporting a wide range of vegetables to Japan and, with this new market access opportunity, made zucchini a priority,” he said. “This export opportunity for zucchini was also raised during the trade mission to Japan late in 2016 led by [Queensland] premier Annastacia Palaszczuk when she promoted Queensland carrots being sold at Tokyo supermarket.”

Representatives from Union met with Palaszczuk to discuss opportunities for Queensland exporters to supply their premium products to Japan.

“According to Union, Australian zucchinis are superior in quality to those from other producer countries and are bold in colour so their appearance is better suited to the Japanese market,” Adachi added.