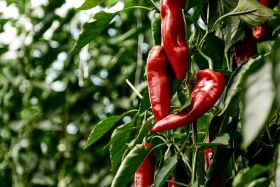 Dutch pepper exports to China will arrive via airfreight

The Dutch fresh produce trade is set for a major breakthrough in one of its most promising untapped markets with the imminent start of its first ever export campaign for fresh pepper exports to China, a move which could ultimately pave the way for similar promotion of other products like tomatoes, as and when they also gain market access.

Following the signing of a trade protocol and the completion of a successful trial involving 25 pallets in July 2016, the first commercial shipments of the new pepper campaign are due to arrive later this month. Special promotional events to launch a new premium brand are expected to take place in June at selected retail stores, most likely in Shanghai and Guangzhou.

“Everything is in place for the launch,” said Matthijs Jasperse of the Federation of Fruit Vegetable Organizations (FVO), which is responsible for coordinating the Dutch pepper trade’s entry into the Chinese market. “The launch will involve the first shipment being received by our ambassador consul general in China and then the product will go direct into retail stores.”

The marketing of Dutch peppers in China is managed by an independent marketing company called FVO China. A dedicated brand and products will be rolled out by four Dutch distributors, with whom FVO China is working to develop the Chinese market.

The marketing company and its partner distributors will run promotional campaigns in China on behalf of the six producer organisations that make up the FVO, namely Best of Four, Door, The Greenery, Harvest House, Van Nature and ZON.

FVO China also plans to establish an online presence to explain to Chinese consumers how Dutch peppers are produced, as well as the advantages they offer in terms of quality, traceability, variety, convenience and healthy eating. All types of peppers will be included in the campaign, including snack varieties and the eye-catching striped pepper Enjoya.

This article was changed on Thursday 8 June to remove reference to specific campaign details which it has since emerged are not yet 100 per cent confirmed.