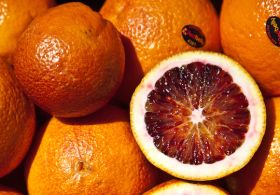 Redbelly Citrus hopes to blaze a trail for blood oranges in the South Korean market.

The Australian grower-packer-exporter sent its first consignment to the Asian nation last season, after winning market access earlier in the year.

For the majority of consumers who took the opportunity to sample Redbelly’s fruit, it was their first experience with blood oranges.

The exercise left the company under no illusions as to the effort required to develop the market.

“Feedback from our South Korean customers was obtained during in-store demonstrations and for many consumers the fruit provided a challenging experience,” said Len Mancini, director of Redbelly Citrus.

“South Koreans that had purchased grapefruit previously were most likely to have a positive experience. Those that were more familiar with Valencia and Navel varieties were somewhat challenged by the tartness of the fruit and the red blush on the skin, which apparently made the fruit look old to them.”

Consumer education undoubtedly holds the key to developing a presence for the fruit in South Korea, with Redbelly working to highlight its versatility.

“We probably need to show consumers that the variety is used overseas in ways other that just as an eating fruit or even a juicing fruit,” Mancini explained. “The promotion of recipes in which blood oranges are cooked or turned into sweet desserts will aid in that education.”

A full version of this article appears in the June edition of Asiafruit.