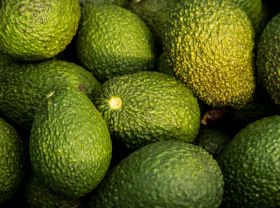 The avocado craze has reached new heights as thieves in New Zealand have started selling stolen avocadoes over Facebook to capitalise on soaring prices and high demand for the fruit.

Police have reported dozens of night-time raids on the upper North Island since July, according to The Guardian, and officers have investigated cases of criminals using Facebook to sell stolen avocadoes online, following patrols by police to check where shops had sourced their product.

Sergeant Trevor Brown for Western Bay of Plenty said avocado-related crime had escalated since last year when there were close to 40 large-thefts from orchards on the north island in the first six months of the year, the newspaper reported.

This has made orchard owners more vigilant, Brown said, but farms are continuing to be targeted, “with thousands of dollars of fruit stolen in a single hit.”

Jen Scoular, CEO of New Zealand Avocado, told The Guardian: “From a positive perspective the criminals might be taking to social media because the ability to drive up to a road-side stall and sell a crate of avocados on the sly for $50 has got harder this season.”

The crime wave appears to have been driven by the booming popularity of the product, with high demand causing wholesale prices to more than double in the past year.