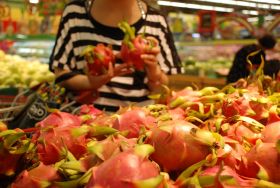 Vietnam earned nearly US$1.7bn from exporting fruits and vegetables in the first five months of this year, up 19.6 per cent on 2017, according to Ministry of Agriculture and Rural Development figures quoted on Xinhuanet.com.

The website added that the Vietnamese Ministry of Industry and Trade has accelerated negotiations with some foreign countries to intensify exports of star-apple and mango to the US market; red dragonfruit to Japan; lychee, longan and rambutan to Australia; as well as other fruits and vegetables to new markets.

The Thieu lychee trees are grown according to VietGAP or GlobalGAP standards, meeting strict requirements of export markets such as the US, Australia and the EU, the report said.