Data examines current economic profile of the fresh produce industry in Australia and New Zealand, along with key consumer trends 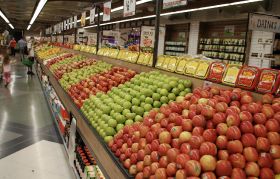 Produce Marketing Association Australia-New Zealand (PMA A-NZ) has moved to quantify the size and scale of its local fresh produce industry through the launch of the Fresh Produce Industry: State of the Industry Report.

Prepared by Ernst & Young on behalf of PMA A-NZ, the report examines the current economic profile of the fresh produce industry throughout Australia and New Zealand. It also identifies an array of diverse consumer trends that are likely to influence the future of the industry.

At the launch of the report at the Hort Connections trade show and conference in Melbourne on Tuesday (25 June), PMA A-NZ claimed this was the first time fresh produce had been defined as a specific industry in Australasia, and the first time the sector’s scope had been measured using value chain indicators.

“By adding data and insight we can start to better understand the why, and look for new opportunities,” said Darren Keating, chief executive of PMA A-NZ.

In New Zealand, industry turnover was marked at NZ$14.9bn in the report, while exports were $3.2bn and imports NZ$273m.

“There are three observations so far; the produce industry is big – in value, in jobs and in opportunity; across the data we see a large amount of year-to-year variation, however growth is still limited; and there are a large amount of drivers for change," Keating said.

“The majority of the industry trends identified (in this report) have emerged over the last 10 years and remain present within Australia-New Zealand and the global market.”

For more information on the Fresh Produce Industry: State of the Industry Report, visit www.pma.com/global-pma/anz.