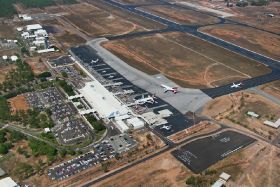 In a boost for producers in Australia’s Northern Territory, construction on Darwin Airport's new freight hub is set to begin over the coming weeks.

Northern Territory Airports' director of property and operations, Ross Baynes, told ABC Rural that design plans for the facility have been scaled-up.

The facility will have 3,000m2 of dry-storage and the same size set aside for cold storage. It will also house the Northern Territory’s first vapour heat treatment plant.

The construction is expected to be completed by August 2020, just in time for next year’s mango season. It will be an open-access facility, meaning any producer can use the services on offer.

One of the current options for producers wanting to export to Asia is to freight their produce to a shipping port in the East of Australia. This can add up to five days of transit prior to leaving the country, and as a result, reduce the shelf-life of the produce.

It’s anticipated that sensitive and high-value products, such as melons and mangoes, as well as some highly sought-after Indigenous fruits, will be the main produce exported through the facility.

At peak capacity, the freight hub will be able to process 200-400kg of fruit per day, which Baynes said will be enough for the first few years, with room for further expansion if necessary.

In the meantime, Qantas’s freight service remains another avenue for producers looking to export to Asia.