Japan has opened its doors to Vietnamese lychees, allowing access to the fruit and outlining export protocols 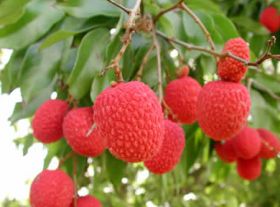 Japan’s Ministry of Agriculture, Forestry and Fisheries (MAFF) has informed its Vietnamese counterparts it will allow the import of lychees from Vietnam.

According to a Nhan Dan report, Vietnam’s Plant Protection Department (PPD), which part of the Ministry of Agriculture, was informed of the decision after five years of negotiation.

The regulations, which took effect on 15 December, require lychees destined for export to be grown in specific areas and supervised by PPD, they must also meet with Japan’s regulations on plant quarantine and food safety.

The lychees must also be packed and treated with methyl bromide at facilities recognised by the PPD and MAFF under supervision of quarantine officers and they must be shipped with a phytosanitary certificate issued by the PPD.

The PPD said it will work with Vietnamese businesses to help them prepare for these export conditions and would seek partners to export the first batch of lychee to Japan in 2020.