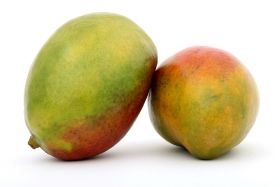 Taiwan is being urged by the Philippines to reconsider its ban on fresh produce imports from the country, beginning with the approval of mangoes and young coconuts.

President of the Philippine Chamber of Commerce and Industry (PCCI), Benedicto Yujuico, raised the industry’s concerns with Taiwan’s representative to the Philippines, Michael Peiyung Hsu, according to a report published by Philippine Business Inquirer.

Yujuico said he had the opportunity to talk to Hsu, where he elevated PCCI’s concerns on the current ban of fruit exports to Taiwan, due to sanitary and phytosanitary standards.

However, Roberto Amores, director for agriculture of PCCI, said these issues had since been addressed by the Philippine government.

“Kadang-kadang infestation is now confined in a few regions. Young coconuts produced in ‘kadang-kadang’-free regions are in fact now exported to Japan, South Korea and China, among others,” said Amores.

Philippine Business Inquirer reports that earlier this year, the Taipei Economic and Cultural Office, citing information from Bureau of Animal and Plant Health Inspection and Quarantine (BAPHIQ) Council of Agriculture of Taiwan, wrote to PCCI explaining the ban on Philippine young coconuts and fresh mangoes was apparently due to the failure of the Philippine government to submit the pest risk analysis (PRA) results on these two commodities since 2010.

The Department of Agriculture’s Bureau of Plant Industries (BPI), however, claimed it had communicated through the Manila Economic and Cultural Office (Meco) the status of mangoes as an export commodity to Taiwan and requested for additional information for the PRA on coconut.

Yujuico and Amores said PCCI would continue to pursue this matter with the BPI and Meco to be more proactive in responding to the requirements of the BAPHIQ.