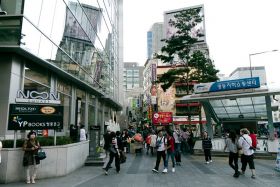 The Seoul city government has unveiled a plan to expand its urban farming space from 202ha to 240ha by 2024.

According to a report from Yonhap News Agency, the government is set to invest ₩251.4bn (US$216.1m) until 2024 to expand the area available for farming and increase the population’s farming skills.

With this funding it also hopes to create 1m ‘farmers’ by developing farming communities around new vertical gardens and farms on rooftops and building walls. The government will provide supplies and tools to establish these farms on houses and schools and other buildings around the city.

There also plans to run farming support centres in all of the city's 25 wards and run exchange programmes with rural areas across the country.