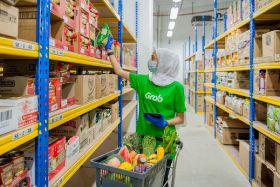 Technology company Grab is exploring the possibility of launching an IPO in the US following the success of its app and ride-hailing and food delivery services.

According to a report from Reuters, sources familiar with the matter said the IPO could raise at least US$2bn making it the biggest ever offering by a South-East Asian company.

“The market is good and the business is doing better than before. This should work well for public markets,” the source said.

While Grab declined to comment on the possibility of an IPO, it is understood the size and timing of the offering are still being discussed. This move would come after a potential merger between Indonesian competitor Gojek were unsuccessful.

Originally founded as a ride-hailing service, similar to Uber, Grab has expanded the services available on its app to include food and grocery delivery, the latter which significantly expanded in 2020 due to the pandemic.

Grocery delivery and e-commerce is seen as an area with great potential by Grab and most recently it launched GrabSupermarket in Malaysia, a delivery-only online supermarket.