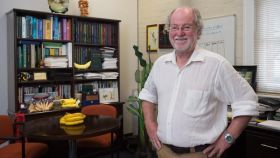 Fresh Del Monte has partnered with an Australian research team to fund the development of a new variety of Cavendish banana, resistant to Panama disease tropical race 4 (TR4).

The team at Queensland University of Technology (QUT), led by James Dale, has successfully developed a genetically modified TR4-resistant line of Cavendish banana.

Now Fresh Del Monte has engaged the researchers in a multi-million-dollar partnership to expand on their findings.

“While our success in developing a disease-resistant genetically modified line of Cavendish is a world-first achievement, this funding will enable us to develop the next generation of TR4 resistant Cavendish bananas,” said Dale.

“The ability to leverage the capabilities of the team at QUT is very exciting. We see the potential with these revolutionary technologies, and we are looking forward to putting these tools to work to solve real problems facing the world,” Sauter said.

“Fresh Del Monte is proud to partner with a respected research university facility like QUT in this endeavour.”

The team research is conducted in Brisbane, Australia at QUT’s Centre for Agriculture and the Bioeconomy, with the confined field trials conducted on a La Manna Premier Group (LPG) joint venture banana farm outside Darwin in the Northern Territory.

“Fresh Del Monte joining with QUT to further progress the gene-editing banana resistance research is a positive move for both the industry worldwide and for Australian banana growers,” Di Pietro said.

The Fresh Del Monte and QUT research collaboration is staged with multiple phases over the next five years, with the aim of developing novel commercial resistant banana variety releases.