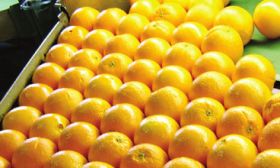 Due to expire on 27 April 2021, the renewal provides relief for a number of Australian exporters, most notably citrus, with one exporter set to send its first shipment of the season in the coming week.

The negotiations between Australia and Indonesia were lengthy and faced a number of concerning delays, some believed to be stemming from Covid-19. Australia’s Department of Agriculture, Water and the Environment (DAWE) submitted an application to renew its CRA with Indonesia on 16 October 2020.

Subsequent information requested by Indonesia was then provided in November 2020 and March 2021, with DAWE adding that Indonesia’s Ministry of Agriculture (MoA) had advised an outcome was to be expected before 26 April 2021.

Despite the reassurances provided by Indonesia’s MoA, some Australian exporters remained sceptical the CRA would be renewed in time, given South Africa and Argentina’s CRA with Indonesia had expired due to similar delays in their renewal process.

In a written statement, DAWE said it had sought MoA’s agreement to “establish transitional arrangements to allow trade to continue under the current CRA, should it expire prior to finalising the renewed agreement.”

“George at the Australian Embassy in Jakarta, together with Minister Littleproud must be thanked for supporting Australian farmers in achieving a renewal of the CRA,” said Barker.

“The support given by Indonesian Minister of Agriculture, Syahrul Yasin Limpo, is a wonderful example of the close co-operation existing between Indonesia and Australia,” he added.

Andréa Magiafoglou, chief executive of the Australian Horticultural Exporters and Importers Association (AHIEA), said Indonesia is a valued and significant trading partner for Australian exporters of fresh fruit and vegetables.

"We welcome the opportunity to expand our relationships within Indonesia and continue exporting under this agreement which recognises Australia’s robust food safety systems," said Magiafoglou.

Each CRA is valid for three years following its renewal.