Ricó set to launch in Australia

Marketing campaign aims to change how consumers think about pears 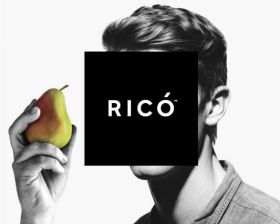 A screenshot from the Ricó outdoor advertising campaign

An outdoor advertising campaign will support the commercial launch of Ricó pears in the Australian market.

The ANP 0131 variety, to which Ricó lends its name, was developed by the Victorian Government’s Horticulture Centre of Excellence at Tatura and has been produced by growers in the Goulburn Valley over the past five years.

However, commercial-scale sales programmes for the offering have focused on Asian export markets to date. That will change this week, with Ricó set to land at Coles stores and a selection of independent retailers throughout Victoria and New South Wales from 9 July.

“Strong backing from a respected household name, and one of Australia’s largest food retailers, is starting Ricó on the right foot for pushing into the domestic market,” said Louise Wood, category manager at leading Australasian fresh produce company Freshmax, via a news release on the Apple and Pear Australia (APAL) website.

“The attractive blush and pleasing shape really make it stand out, and that’s the first step in enticing customers to try it. When they do, they will find Ricó to be a great fresh eating pear – and it’s also so versatile that consumers are going to keep coming back.”

To support the launch, Freshmax has teamed up with Di Marca and APAL – the pear’s master licensee – to develop an outdoor advertising campaign for Ricó.

The campaign will see “stylish adverts and cheeky slogans” displayed across trains and bus shelters, according to the APAL news release.

The aim is to reach beyond the shopping aisle to engage consumers directly, in the hope of elevating their perception of pears.

“We want to create a new generation of pear-lovers,” said Craig Chester, APAL’s head of commercial and brand development. “Offering this premium, attractive product supported by a well-developed advertising campaign that is completely different from anything else in this category is the best way of achieving this.

“Consumers see pears as the quietest fruit in the fruit bowl. With Rico pears and our marketing approach, we’re going to change that.”