Mano Babiolakis is to leave his position as CEO of major Australian grower-packer-marketer CostaExchange, handing over the reins to the group’s Simon Costa 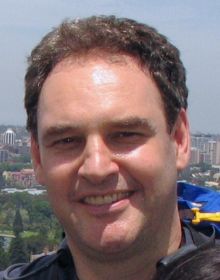 Mano Babiolakis will move on from his position as CEO of CostaExchange at the end of this month as part of a management restructure that will see the group’s Simon Costa take over operations.

“After almost eight very enjoyable years with Chiquita and with CostaExchange, the group has completed a fairly extensive restructure of its operations and streamlined the senior leadership of the company,” explained Mr Babiolakis in a statement. “It is a decision I fully endorse and support and the parting between Costa Group and myself is a very amicable one.”

Mr Babiolakis will officially leave CostaExchange on Friday 29 January, but will work to finalise outstanding issues with the company over the coming months.

Asked about his next move, Mr Babiolakis told Fruitnet.com he had nothing to announce at this stage.

CostaExchange is one of the largest growers, packers and distributors of fresh fruit and vegetables in Australia. With 2,000 permanent and 4,000 seasonal workers, its farms span more than 5,000ha and stock Australian and overseas supermarkets with a wide range of fresh produce.