The shipping giant has made a change to its Asia-Europe 8 route, adding a call at the Port of Hamburg in Germany 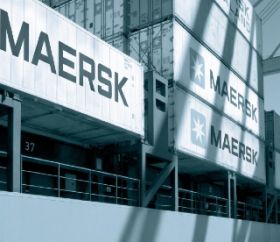 Global shipping Giant Maersk Line has announced that it has added a call at the Port of Hamburg in Germany to its Asia-Europe 8 (AE8) service, effectively replacing route's previous European call at the southern UK-based Port of Southampton.

"We believe this will be a valuable addition to our direct services between Taiwan, East and South China and Hamburg," the group said in a statement.

The UK will continue to be served by four separate direct Asia-Europe services, AE1, AE2, AE9 and AE10, which make direct calls to the Port of Southampton and the Port of Felixstowe.