Aldi now claims 5.3 per cent of the UK grocery market, as the hard-discounters continue their assault on the UK’s grocery retail scene 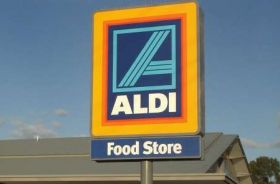 According to data from Kantar Worldpanel, Aldi now claims 5.3 per cent of the UK grocery market, as the hard-discounters continue their assault on the UK’s grocery retail scene, the roots of which can possibly be traced to the 2008 financial crash.

Growth has been fuelled by over half a million new shoppers choosing to visit Aldi this year, and average basket sizes increasing by seven per cent.

The discounter’s sales have increased by 16.8 per cent in the latest period, still high compared to other retailers but slower relative to its recent performance.”

The data, covering the 12 weeks to 29 March 2015, wasn’t all bad for Waitrose, which - along with Aldi - was one of only three retailers to increase sales ahead of the market.

As for the big four retailers, Sainsbury’s returned to growth for the first time since August 2014, increasing sales by 0.2 per cent, but it continued to lose market share,  and now has 16.4 per cent of the overall market.

Tesco, meanwhile, which remains the market leader with a 28.4 per cent share, saw sales rise 0.3 per cent during the period, while Asda and Morrisons suffered a 1.1 per cent and 0.7 per cent decline in sales, respectively.