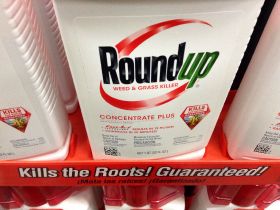 France will vote against the European Commission’s proposal to renew the licence for glyphosate, a French environment ministry official has said.

The chemical, which is the active ingredient in Monsanto’s widely-used Roundup weedkiller, has been a major source of controversy in recent years due to concerns it may cause cancer.

This has prompted investigations by US congressional committees and its relicensing has been delayed in the EU.

“France will vote against the reauthorisation of glyphosate due to the doubts that remain about its dangerousness,” Reuters reported the French environment official as saying.

EU member states are set to vote on whether to extend the licence on 4 October and opposition from France could block the qualified majority needed for renewal.

In May the European Commission proposed a ten-year extension to glyphosate’s licence after a study by the European Chemical Agency (ECHA) said the chemical should not be classified as a carcinogen.

In previous glyphosate licence votes France and Germany have abstained, Reuters reported, and in June 2016 the Commission extended the licence by 18 months to give the ECHA time to study the safety of the chemical in more detail.

Sarah Mukherjee, CEO of the Crop Protection Association, bemoaned the French official’s announcement, saying: “These reported comments are at odds with the robust body of scientific evidence and the opinion of expert regulators around the world, backed by 40 years of use, which clearly demonstrate that glyphosate is safe.

“The loss of this vital tool would not only impact on the ability of farmers to provide healthy, safe and affordable food, but also have unintended environmental consequences through limiting farmers’ ability to use no till methods.”

“Glyphosate is essential and without it UK agriculture as we know it would not exist.”

The economic impacts of a ban are likely to be significant, with a report by Fondation Concorde predicting a €930 million (£856m) cut to France’s GDP.

In the UK, meanwhile, a study by Oxford Economics, calculated a £930m reduction in GDP and a loss of £193m in annual tax revenue.