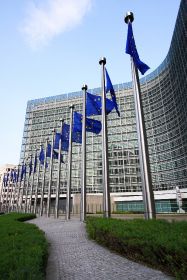 The European Commission had proposed a five-year licence renewal

The impasse in the reauthorisation of glyphosate continued after several EU member states blocked a proposal to renew the controversial chemical.

The current licence for glyphosate, the active ingredient in Monsanto’s widely used Roundup weedkiller, runs out on 15 December.

The European Commission had proposed to renew the licence by five years, but at a meeting of the Commission’s Standing Committee on Plants, Animals, Food and Feed (SCoPAFF) on 9 November only half of the EU’s 28 member states backed the licence renewal.

The vote came after the EU postponed a decision on the chemical’s renewal in October.

An EU appeal committee will now attempt to rule on the issue.

The UK was among the 14 states that voted for glyphosate’s reauthorisation; nine voted against, including Italy and France; and Germany was one of five countries to abstain.

Critics of the chemical argue it reduces biodiversity by killing plants essential to many insects and animals. There are also concerns it may cause a group of blood cancers called non-Hodgkin Lymphoma.

In 2015 a paper in the Lancet Oncology journal classified the chemical as “probably carcinogenic to humans”. But in March this year the European Food Safety Authority (EFSA) and the European Chemicals Agency published their own study, concluding that the chemical was safe to use – a report that, according to leading US toxicologist Christopher Portier, plays down the chemical’s cancer risk.

The NFU has been vocal in its support for glyphosate, which is used by growers of peas, edible beans and potatoes, as well as several other crops including wheat, oats and lentils.

After the vote on 9 November the NFU called on the Commission to “take decisive action to reauthorise the use of glyphosate to stop the politicisation of the process.”

Vice president Guy Smith said: “Once again we are left in a situation where no decision has been made on the reauthorisation of glyphosate – one of the safest plant protection products on the market, which secures so much environmental benefit in terms of better soils and lower greenhouse gas emissions.”

The union argues that farmers can use cover crops between commercial crops to improve soil structure and drainage, as well as reduce soil erosion. Without access to glyphosate, it would not be viable to plant these cover crops as part of a farming rotation, the body argues.

Smith added: “Allowing member states to continue playing politics over this decision despite overwhelming science and evidence showing glyphosate’s safety does nothing but undermine the credibility of the EU’s regulatory bodies and the entire regulatory process.

“We ask the Commission to stand by its own science and regulatory procedure, and re-authorise glyphosate for the maximum period possible. It cannot stand by and allow the issue to be politicised any longer.”