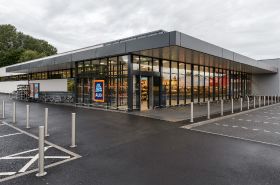 German retailer Aldi Süd will open its first store in China next week making it the 11th market where the company operates stores.

The store, which opens on 7 June in Shanghai, is not Aldi’s first foray into the Chinese market, as it launched on Alibaba’s Tmall Global platform in April 2017.

Nick Miles, head of Asia-Pacific at international grocery researcher IGD, said although Aldi has experience in many international markets, trading in Asia, particularly in China, is very different.

“Many international retailers have entered this market over the past 20 years and not succeeded. Discount is a grocery channel that doesn’t currently exist in China – or Asia – in any meaningful way,” Miles said.

“Discounter Dia sold its business in China in April 2018, while Lidl has recently pulled back from selling products via online platforms in the market.”

Online grocery retailing and digital technology in retail is exploding in the Chinese market, according to Miles. This is at odds with Aldi’s model of physical stores, but the company does have some advantages.

“China is an incredibly dynamic country, with varying consumer preferences and differences to navigate. Brands are king in China, while Aldi relies heavily on its private label ranges,” Miles explained.

“Aldi will be aware of all these challenges and more but has plans to position its stores so that they appeal to China’s rapidly growing middle class and their desire for high-quality, imported products.”

Aldi is already planning for the future in China, but Miles said it will need to be cautious in how it expands.

“It has ambitions to open 50 to 100 stores in the medium term and will be aware to not spread its operations too wide – a mistake other retailers have made in the past,” Miles said.

“IGD forecasts China to overtake the US and become the world’s largest grocery market by 2023. The opportunity for Aldi to be present in the market is therefore clearly significant, but it will not come without its risks.”