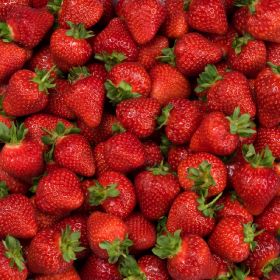 Record-breaking hot weather in July has given a boost to the Sweet Eve strawberry variety ahead of it hitting supermarket shelves, according to BerryWorld.

Growers of BerryWorld’s exclusive Sweet Eve variety are entering peak volumes for the next month following a week-long heatwave that saw Britain’s hottest-ever day recorded in Cambridge, at 38.7C.

Head of sales and insight, Paul Avery, said: “Our growers are expected to pick peak volumes of British Sweet Eve strawberries over August. This is mainly thanks to the glorious weather we have seen in the UK over recent weeks. Supporting British growers and enjoying healthy treats over the summer holidays mean there is a double feelgood factor.”

“Recent sales figures reveal a robust and expanding soft fruit category that is meeting consumer demand. Berries used to be a luxury item, but in many households, they have become a delicious staple and are consumed as part of a healthy diet.

BerryWorld was also celebrating Sweet Eve’s recent success in picking up a Superior Taste Award from the The International Taste Institution, an award chosen by a panel of over 200 jury members.

Launched in the late 2000s, the variety was bred by master breeder Peter Vinson from Edward Vinson Strawberry Breeding Programme, and crops from May until the end of October.