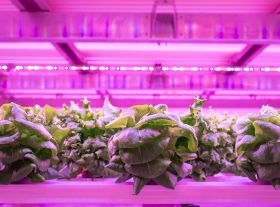 A Finnish specialist in vertical farming systems has signed a long-term deal with sustainable engineering firm Astwood Infrastructure to build industrial-scale vertical farms in the UK.

Mike Capewell, CEO for Astwood Infrastructure, said: “We are incredibly excited about our new agreement with Netled Oy and the opportunity we now have in building and scaling a UK wide and potentially global vertical farm operation.