During FPJLive and ahead of its Whole Foods tie-up, the group’s UK operations director confirmed its ambitious plan 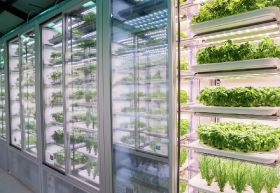 The company, which today announced a new partnership with Whole Foods Market in the UK following similar deals with Selfridges, Farmdrop and Marks & Spencer, wants to help solve the challenge of feeding a growing global population in the years to come by bringing vertical farms to cities, and the fact that it recently attracted US$170m in investment suggests it is well on the way to doing so.

It recently raised US$170m in funding to expand its network, which it predicts will cover 5m sq ft of vertical farms by 2025.