The UK government has agree to pay farmers to protect and nurture the soil, but the measures don't go far enough, say environmental groups 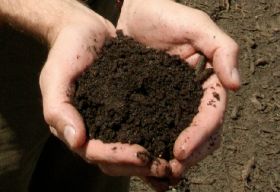 Environmental groups have criticised the UK government’s latest proposals on sustainable agriculture in England as "puny", according to a report in the Guardian, with farmers due to be paid £20-£58 (€30-€68) per hectare to adopt basic measures to protect and nurture their soils.

Payments, set to cover arable soils for crop cultivation, in addition to grassland, moorland and other soils, are expected to reach £900m (€1.05bn) annually by the end of 2024, as the old taxpayer subsidies, based on the amount of land farmed, are phased out.

Soil protection has been selected as the first such payment after government pledges to prioritise the country's soils, a vital carbon store.

"The Soil Health Action Plan for England will be crucial in driving progress across government to restore the health of our soils," a Defra spokesperson stated. "It will also help our efforts to halt the decline of species by 2030 and meet our long-term legally binding targets on biodiversity."

“Farmers need a clear path to a future where nature is at the heart of sustainable and secure food production,” she said, “not the short diversion this new scheme creates.”

Craig Bennett of the Wildlife Trusts called it an “absolute scandal” that the government had failed to seize the opportunity to improve farming.

The combined effect of Covid-19 and Brexit has created great uncertainty for UK farmers, as exports decline sharply due to red tape, the end of subsidies and new trade deals. Many producers fear they will be unable to compete with cheaper food imports produced at lower standards than those permitted in the UK.