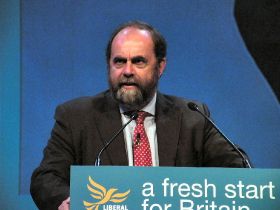 David Heath, minister of state for agriculture and food

Farming minister David Heath has urged European ministers to ‘think carefully’ before voting for a ban on neonicotinoids.

Ahead of a vote on the future of three neonicotinoids - supplied by chemical giants Bayer CropScience and Syngenta - expected to be carried out by the European Commission on 29 April, Heath exclusively told FPJ that the debate must ‘stretch further’ than just the controversial insecticides.

“The bee population of pollinators is crucial to the UK environment so we must have a healthy population and look at any factor which will influence the health of these populations,” said Heath.

“However, the debate is much bigger than just neonicotinoids and I am keen that we look at developing a clear strategy of protecting bees and pollinators in this country and throughout Europe.”

The British Beekeepers Association estimates that the number of bee colonies in Britain fell by 16 per cent last year. However, Heath says that DEFRA studies confirm that neonicotinoids do not have an adverse impact on the health of bees under normal field conditions and also suggested that laboratory based studies have been using higher doses of the insecticide in their tests.

He concluded: “We can’t make a knee-jerk decision to ban something useful to growers until there is definitive evidence against it. If people are not using neonicotinoids there are other alternative pesticides on the market which may have clear adverse effects, so this is a situation that has to be handled calmly and sensibly by the European Commission.”

An exclusive interview with David Heath, the minister of state for agriculture and food, will appear in the next issue of FPJ.