Moneycorp analyst on why the Swiss franc has performed so strongly, unlike the South African rand 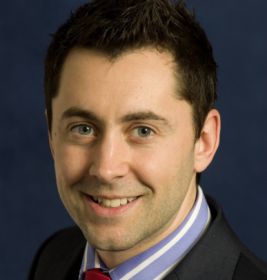 It was the Swiss franc that led the way last week, strengthening by two and a half cents against the pound as it headed for a two-month high against the euro.

Whilst investors were in no doubt about the Swiss National Bank's determination to continue its defence of a SFr 1.20 floor against the euro, they were happy to sell the euro three cents above that level.

The laggard was the South African rand, which suffered as a result of investors' disenchantment with emerging market currencies.

The US dollar did not make as much as might have been expected from Friday's strongish employment numbers, which showed US nonfarm payrolls increasing by more than forecast and unemployment falling to 7 per cent. It added half a cent against the pound but lost a cent to the euro.

The euro's relative success was mainly the result of the European Central Bank president clarifying the position on negative interest rates. He insisted that a negative deposit rate would only be brought in under "extreme circumstances". Euroland inflation having ticked back up from 0.7 per cent to 0.9 per cent, investors' earlier fears were allayed.

Britain again enjoyed a clean sweep in the monthly purchasing managers' index (PMI) contest, reporting stronger growth in every sector than any other country in Europe and North America. Unfortunately the services sector's reading of 60.0 fell short of forecast and was two and a half points lower on the month so investors sold the pound as a result of their "disappointment".

For sterling the danger points this week will be Monday evening's speech by the Bank of England Governor, and Tuesday's figures for UK production and trade. The pound also has reason to be cautious about a growing suspicion that Britain's recovery is too dependent on consumer credit and the depletion of household savings. If the idea takes root the pound will come under pressure.