What the papers say: '5 A DAY not enough' 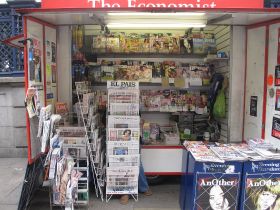 Newspaper columnists in the UK have vented their collective spleens over new research that shows we should be eating a bare minimum of seven portions of fruit or vegetables a day.

According to the study by University College London, which examined the eating habits of 65,000 people in England between 2001 and 2013, consuming large quantities of fruit and vegetables significantly lowered the risk of dying early.

Specifically, researchers found that eating seven helpings a day of fruit or vegetables could reduce a person’s overall risk of premature death by 42 per cent when compared with people who ate just one portion. But, even 7 A DAY was deemed insufficient, with 10 portions considered the optimum number, as the protective effect increases with every extra portion.

As Zoe Williams, writing in The Guardian, mused: “You spend all that time wedging spinach under poached eggs and hiding carrot in Bolognese, only to find out you had it all wrong; five portions of fresh fruit and vegetables are not enough to assure good health.”

She added, tongue firmly in cheek: “You're eating on a budget, you say? You're choosing between heating and eating? You're skipping meals so your children can eat? You're going to a foodbank? Not to worry; haven't you seen those plastic bowls outside the newsagents? You can get three green peppers for a quid!”

Victoria Lambert, of the Daily Telegraph, was equally disparaging of the latest portion guidelines, but noted: “I don’t see cost as the major hurdle. It’s not just the thought of the sheer quantity of fruit and veg you’d need to buy in that makes this 10 portions sound a bit pie in the sky. Nor is it an issue with recipes. Let’s be frank. There are two reasons we are not going to return to the hunter-gathering grazing days of yore, which would slim down our figures and return our cholesterol levels to peak fitness.

“Firstly, let’s be practical. If life is too short to stuff a mushroom, time is certainly too tight to masticate turnips, tomatoes and tangerines by the ton. No one I know chews these days. We’re too busy.

“Secondly, there is the unavoidable issue of fermentation that consuming enormous quantities of – particularly cruciferous – vegetables has on the abdominal area.”

Too much information, Victoria, but I get your point.

Meanwhile, Dr Nita Forouhi, MRC Epidemiology Unit, University of Cambridge, told the Daily Mail: “It is too early to change the current 5 A DAY message to seven or more a day on the basis of this study.

“Current efforts will therefore be better spent in getting the population intake to meet the guideline of eating at least 5 A DAY, which offers a win-win for all.”

And, tapping rather accurately into the cultural zeitgeist, Ross McGuinness, writing in Metro, pointed out: “The reality is that two-thirds of us are still short of the current target – most Britons’ daily encounter with their five-a-day comes in the shape of a game of Fruit Ninja on their commute home. Should we really be shooting for the stars of eating ten portions a day when we can’t even manage five?”