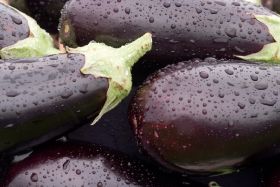 Bangledesh growers of the ‘pivotal’ GM aubergine, Bt brinjal, are caught in the middle of a clash between anti-GM campaigners and the government.

Growers have said they are having difficulty selling their crop, after unsubstantiated information about the crop’s damaging effect on health has been circulated by campaigners, the Guardian newspaper reported.

But the paper also said that the Bangledeshi government agency driving the project may have not followed some of the crop’s license stipulations, in order to get it to growers faster.

One of these concerns is that Bt brinjal has been sold in the market without labels identifying it as GM, despite this being in the license stipulations, the paper reported.

Mark Lynas, communications adviser to the Bt brinjal project, wrote in his blog that some Bangledeshi media reports have falsely reported that the crops are failing.

While the Guardian said it has visited or contacted all except one of the 20 growers of Bt brinjal and said that there were “mixed results”.

The paper said that while it appears to have repelled the fruit and shoot borer pest as expected, some fields have suffered bacterial wilt and drought. And it reported that nine out of 19 growers had said they had problems with the crop.

Bt brinjal is southeast Asia’s first GM crop, and has previously been refused by both the Indian and Philippine governments.

The gene makes a protein that repels a fruit and shoot boring caterpillar, but is harmless to humans and other animals.