Indirect suppliers ‘should be’ covered by GSCoP 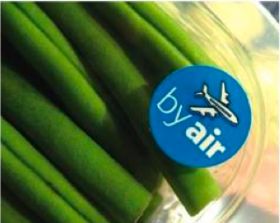 The UK is a major market for Kenyan beans

The Groceries Supply Code of Practice should apply to indirect suppliers to UK retail as well as direct sources, according to an environmental body.

A new report by Feedback said that it has found that 50 per cent of Kenyan produce exports are being rejected by European retailers, leading to “massive amounts” of food waste and forcing growers and exporters into debt.

Feedback’s new ‘Stop Dumping’ campaign is now calling on the Groceries Code Adjudicator Christine Tacon to launch an investigation into indirect retail-supplier relations, and for the UK government to extend the adjudicator’s remit to protect overseas suppliers.

According to the report, entitled ‘Food waste in Kenya: Uncovering food waste in the horticultural export supply chain’, Kenyan farmers “are being subjected to unfair trading practices such as last minute cancellation of orders and unnecessarily strict cosmetic standards by European retail buyers."

“Indirect suppliers such as farmers and exporters in countries like Kenya are not protected by this law despite being directly affected by supermarket practices such as last minute order cancellations,” the report found.

Maina Kimemia, chairman of the Kenya Association of Fruit & Vegetable Exporters, said: “We are only paid for food that is exported. So, when an order is cancelled at the last minute, or when produce is rejected after landing in the UK, we lose money.

“Yet we cannot complain to our clients about these issues nor seek redress, for fear of losing business. These problems originate at the top of the supply chain, and are the result of retailers offloading financial risk on their direct suppliers, including the importers we supply.”

Edd Colbert, campaign and research co-ordinator for Feedback, said: “Feedback wants to see a strengthening of legislation to stop unfair trading practices and a relaxation in supermarket cosmetic specifications, to increase on-farm incomes and food availability where it is needed most.

“Food waste is a symptom of overproduction. Ultimately, the overproduction of food must be stemmed in order to provide longer-term social, environmental and economic development globally.”

Feedback founder Tristram Stuart said the organisation’s investigations in Kenya have discovered that on average nearly 50 per cent of produce is being rejected by European retailers before export, despite “there being no problem in quality or taste”.

As an example, he said that up to 30 per cent of French beans exports are wasted due to the ‘topping and tailing’ process.

“Unfair trading practices in addition to last minute order changes and cancellations result in huge amounts of food waste and forces farmers into cycles of debt and preventing them from covering basic needs like purchasing food and paying for school fees,” the report concluded.