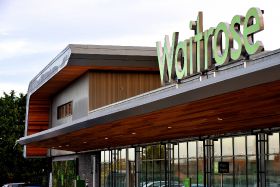 Waitrose has announced that it expects to create 1,500 jobs in new branches and its south London e-commerce grocery depot in 2016.

The retailer will open 14 new shops across the UK from spring next year, including five new supermarkets and nine new little Waitrose convenience stores, adding almost 200,000 sq ft of selling space to the estate.

New supermarkets will be located at sites in Buckinghamshire, Staffordshire, the West Midlands and Cornwall.

In addition to in-store jobs, the retailer has created 200 new roles at its e-commerce depot in Coulsdon, South London, to service its increasing number of branches.

The retailer said it plans to introduce new concepts such as juice bars, grazing and informal dining areas, sushi counters and welcome desks to its new stores.

It said it already has five stores with a wine and beer bar, eight with a juice bar and said it recently became the first national supermarket to install a fresh sushi counter, at its new store at London's Nine Elms.

Waitrose director of development, Nigel Keen, said: “At a time when many retailers’ estates are contracting, we are delighted to be opening new shops around the country and giving 1,500 people the opportunity to become partners in our business.

“Many of these new shops will go beyond the traditional supermarket, delivering exciting modern shopping experiences, which tap into the growing demand for grazing and casual dining.”