Calais wall is 'waste of money'

Peak growing season in the UK is minimising disruption from Calais troubles for now, but industry slams Calais wall proposals 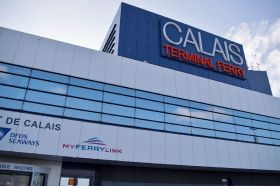 There has been disruption to freight traffic at Calais

The UK fresh produce industry has slammed proposals to build a £2 million wall around access roads to Calais as a “waste of money” that avoids the real problem.

Announced by immigration minister Robert Goodwill this week, the proposed 4m wall will stretch for 1km along the main dual carriageway to the ferry port. It comes as truck drivers and local business caused disruption by blocking access routes to the port, in protest at disruption caused by the migrant camps.

Disruption to UK supply was minimised due to it being the height of the British season, but Fresh Produce Consortium chief executive Nigel Jenney said it had caused some late arrivals. “This is just one example of what is an ongoing fiasco. We have repeatedly raised the huge costs and risks to drivers, and the dumping of goods,” he said.

Salesman at Bradford wholesaler and importer Burbank Produce, Eddie Bowers, said the company had a truck held up due to the protest, missing connections in Kent and New Covent Garden Market on Monday night.

"It sounds like it was chaos. There were all kind of diversions from what I have heard from my colleagues in the logistics side of the business.He ended up parked up between Boulogne and Calais for about eight hours, approximately 7.5kms from the tunnel entrance," he said, adding that traffic had returned to normal by Tuesday. "As for reports of violence our drivers have not reported anything, but we are well aware of the stories out there."

Speaking about the proposed wall, Jenney said: “We are delighted that the UK government continues to do its best to secure vehicles, but isn’t this a bit silly? All we’re doing is moving the problem down the road. The government has failed to recognise that we need robust security throughout a journey.”

Chris Yarsley, EU affairs manager at the Freight Trade Association (FTA), said the body supports all measures to increase security around the port.  “While the wall will be an initial deterrent, it does not tackle the root of the problem in Calais,” he said. “FTA has been calling on the French authorities to move the Jungle Camp away from the port and believes that is the only way to solve the issue.”

Jenney added: “I continue to be appalled by news from border agencies that a third of foreign vehicles arriving in the UK have no security measures at all on the back of vehicles. The government is trying to encourage foreign operators to put measures in place, but if this doesn’t work we need robust legislation. We can’t keep absorbing £10-15m of costs a year.”

David Parriss, managing director of Evesham supplier Hillfox Produce, said he believes the wall will be a “waste of money”. “Surely this is an opportunity to attract business to Calais. There is all that labour potential in the camp, they should build a town there with businesses and give them something to do,” he said.

Parriss said he has had “no issues whatsoever” from the recent Calais protest, due to low reliance on imports in the middle of the British season. Deputy managing director of distributor Fresh Service, Paul King, said most customers had pre-empted the protest on Monday, but business was “a bit quieter than expected”. “Holiday traffic has caused more of a problem. And we do still see the occasional stowaway in vehicles,” he said.