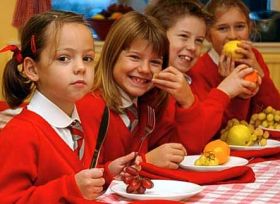 Children could be incentivised to eat vegetables, obesity spokesperson claims

Bribing children to eat their greens with cash could help solve the nation’s obesity crisis, according to a spokesperson for the National Obesity Forum.

Speaking to the Sunday Times, Tam Fry said: “‘It is a tangible reward for children eating their vegetables but allows them to understand the value of money and how to save it for later in life.

“Any reward you might offer them to eat their vegetables must be something of value. Money is always a good incentive.”

Fry said paying children small amounts of cash would also teach them the value of money. “If the children eat their vegetables and accumulate enough money, they could then buy themselves a small gift,” he said.

Other ideas for rewards included a “pop CD or season ticket” according to Fry, but warned that junk food should not be used as a bribe.

But some psychologists believe bribing of any kind can lead to negative effects on a child’s relationship with food, the Guardian reported. “As long as we make food ‘healthy’ or ‘good’ food an issue we are going to produce anxiety,” psychotherapist Susie Orbach told the paper.