Climate change and cost of land cited as top threats 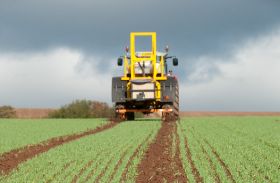 Climate change and weather patterns are concerns for the horticulture sector

Over half of fresh produce businesses believe climate change is the biggest threat to their ability to make returns on investments, a new survey has found.

Some 55 per cent of those asked by the Food Foundation cited climate change as the top threat, followed by cost of land (52 per cent) and weather patterns (51 per cent).

The survey asked 79 produce businesses of varied size with the results used to gather information about what issues the sector is facing, and what support is required. It is part of the Food Foundation’s work with the British Growers Association to explore what the best deal for the horticulture sector might look like following Brexit.

Other factors cited as a threat to return on investments included the farm gate price of imported produce, labour costs and availability and planning permission issues.

Increased UK consumption of fresh produce and shorter supply chains between producers and consumers were cited as the top opportunities for the sector, while less than five per cent of those asked said expanding the UK’s export markets represented an opportunity, despite the government’s recent drive in this area.

Director of the Food Foundation Anna Taylor said: “[Businesses] rate very highly the need for more consumer incentives to improve demand, and improved transfer of knowledge between researchers and producers.

“We are feeding these views into a proposition for a new sector deal for horticulture which we are developing with the British Growers Association, and many others.

“But the government needs to meet the industry half way and help to develop policy which facilitates, incentivises and supports.  We all stand to gain – the British people, our growers, the wider food industry and the environment.”

The survey also collected qualitative results from various businesses, with one small produce business owner stating that: “Brexit could be a great opportunity for Britain to become more self reliant in vegetables and fruits, which would benefit farmers and consumers. We are in need of policies to support this.”

The commercial controller of a Producer Organisation said: “Given increasing climate instability and the unstable nature of marketing perishable products, we have relied on and flourished as a result of a stable framework to operate in. Brexit has, at least at present, removed that.”

A director of another business said their business is already experiencing labour shortage issues. “Normally our seasonal labour force is made up of European workers, but we have been struggling to attract any this season,” the director said.

Another business owner said exports should not be encouraged until the domestic market has sufficient UK produce, while the CEO of a large fresh produce company said “we need a level playing field with Europe otherwise the highly efficient European producers will take our market.”