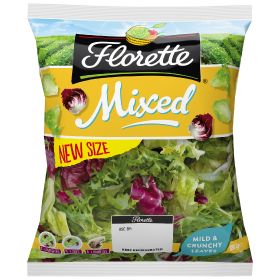 French food processing co-op Agrial, which owns the Florette brand, has acquired the Wigan-based salad arm of MyFresh Prepared Produce in a bid to expand its presence in the convenience and food service sectors.

MyFresh Wigan, which produces prepared salads and salad vegetables, employs almost 300 people and was formerly owned by the William Jackson Food Group. It will continue to operate from its current location in Lancashire, with further plans by Florette to invest and develop the business.

MyFresh’s other site in Chicksands, Bedfordshire will remain part of the William Jackson Food Group, continuing to trade under the MyFresh name. For the time being, the Wigan site will trade as MyFresh Wigan but in the coming months it will adopt the Florette brand name.

William Jackson responded to the takeover in a press release, saying: “The sale to Agrial is a fantastic opportunity for the Wigan site. The new owners are experts in fresh produce with a long history of investing in and growing business in the sector. They are committed to the future of the business at the Wigan site and will invest to continue to grow the business.”

Doug Robertson, managing director of Florette UK & Ireland, commented: “The acquisition of MyFresh continues an exciting journey for Florette in the UK and Ireland.

“MyFresh is a successful business that complements our existing operations and will help us to grow in the convenience retail and food service markets – both of which are showing consistent levels of growth and allow us to meet consumers’ needs for healthy food options, whatever the channel.

“MyFresh shares similar business values to Florette and we are confident this new acquisition will be a great addition to the Florette portfolio.”

The acquisition follows Florette’s 2016 takeover of Axgro Foods, which manufactures a range of beetroot products.