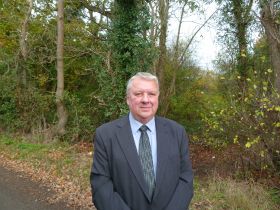 Marston replaces Laurence Olins, who is retiring from the produce industry this week. He took on the role at the start of November after it was announced officially at the organisation's most recent AGM.

Having headed up Berry Gardens from 1995 to 2017, Marston has widespread experience across the berry industry and has also served as a director of BSF since 1999.

He said: “I am delighted to take on this key role on behalf of the industry. British Summer Fruits and the Seasonal Berries Campaign have been hugely successful in growing the category and representing the industries interests to the benefit of all, growers, marketing bodies, and retailers.

“I will be working hard to ensure we maintain the great progress we have all made since the inception of the campaign in the 1990s.  On behalf of the board I would also like to thank Laurence Olins for his hard work as past Chairman and to wish him well on his retirement from the UK produce industry.”